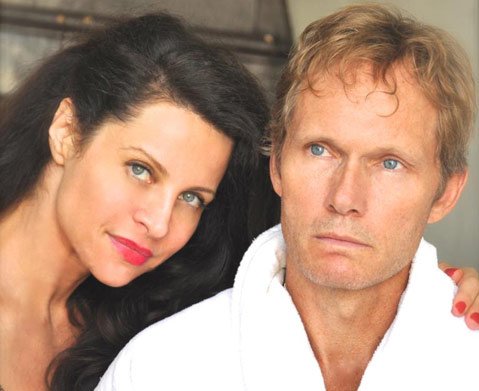 Tennessee Williams loved his Cat. Cat on a Hot Tin Roof, second only to A Streetcar Named Desire in popularity with the theatergoing public, remained its author’s favorite among all his works to the end. In some ways, and despite the unquestioned preeminence of Streetcar in the Williams oeuvre, it’s easy to see why. The role of Brick, for instance, which will be played by Tom Schanley in the production currently on at Center Stage Theater, and playing through next weekend, contains so much of what the playwright cared about and lived with—from the social liabilities entailed by his sexual orientation to his need for escape and the alcoholism that ravaged his life. Maggie, one of the great survivors in all of American theater, has some incredible speeches and, even more than the romantically challenged Blanche DuBois, embodies Williams’s fondest hopes for women’s future and provides a more uplifting vision of American vitality than the energetic yet brutal Stanley Kowalski.

No Cat would be complete, however, without a good Brick. The tragic husband with his bottle and his demons has attracted some great actors over the years, and this show is no exception. Schanley has proved himself to be a valuable television star in such shows as Castle, Dexter, Criminal Minds, and the CSIfranchises, and a solid film actor in movies like Fever Pitch, Courage Under Fire, and Conspiracy Theory.

Read the rest of the interview on the Santa Barbara Independent website HERE.